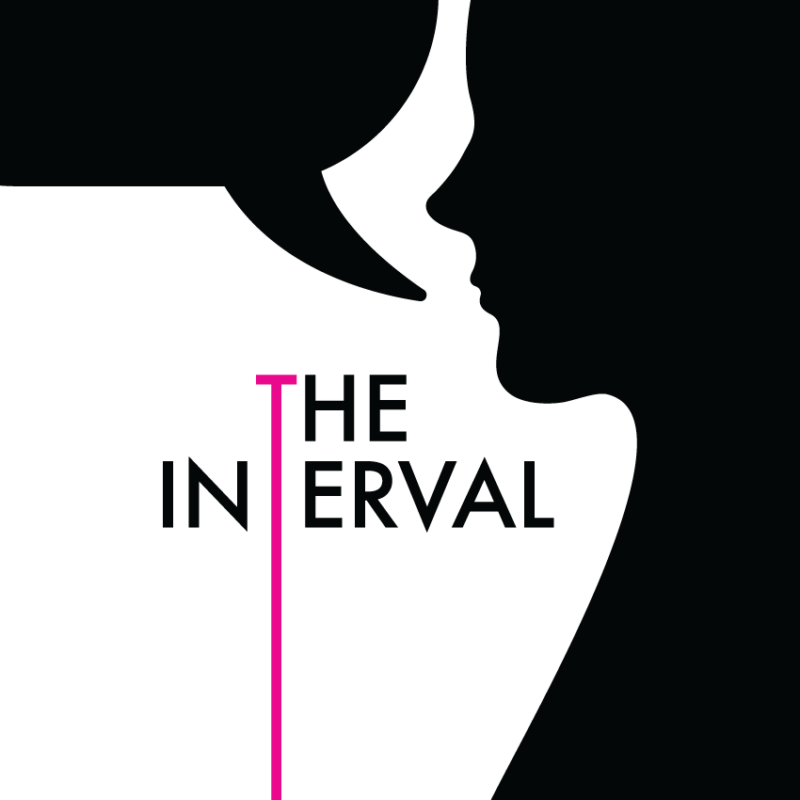 How Feminism Won the Tonys

Did anyone really think I’d start our Tony wrap-up with anything but this quote from Jeanine Tesori’s acceptance speech? Actually, I debated between that and Jeanine’s quote from the press room: “This is a big deal y’all, it’s 2015—it’s time.” Both quotes seem incredibly fitting and are entirely interconnected with the remarkable night women had at the 2015 Tony Awards. Not only did women make history (Lisa Kron and Jeanine Tesori), but women also won in categories that are traditionally male dominated (women were nominated in eight categories that are not designated female; they won in seven out of the eight). And, on top of all of that, this was perhaps the first time (at least in our memories) that nearly every woman to walk home with an award did so after spending the season speaking so openly and consistently about gender issues in the theatre. This was truly the year that feminism won the Tonys—and it’s a big fucking deal.

This year marked a shift in how women in theatre are talked about and talked to. After the Tony Awards, nearly every major newspaper, magazine, and websites mentioned the historic wins for women including The New York Times, New York Magazine, Rolling Stone, Elle , and Entertainment Weekly (just to name a few). They also mentioned the humongous error made by CBS in not broadcasting the important speeches given by Lisa Kron and Jeanine Tesori (yes, I’ll be address this too). But the change in dialogue began far before June 7th with so many theatre ladies speaking out with their thoughts on gender equality. Lisa Kron addressed the ridiculousness that we haven’t just fixed the parity issue. Ruthie Ann Miles talked about the need for greater diversity of roles for women (she’s only the second Asian-American to win a Tony), and as Camille, a twenty year old college student told us, “For the longest time, I didn’t know if it was really possible to be Asian and also a major character onstage. Ruthie Ann Miles’ win proved to so many young Asian girls that, ‘Yes, you can’ and made me so hopeful that I would see more Asian leading ladies on Broadway (I was not alive when Lea Salonga won her Tony).” Jeanine Tesori talked about girls and ambition. Kelli O’Hara talked about self-worth and posed in a “Feminist Badass” t-shirt. And those are just a few examples. This has been a remarkable year for the dialogue around women on Broadway. For an industry that has been incredibly behind in the conversation about gender equality—on the Tony Award website their ‘trivia and facts’ section includes no facts about groundbreaking women and when we interview actresses we’re almost always the first people to ask them gender issues (whatever faults the film and TV industries have, at least they’ve been having these discussions)—this is a major moment. The Interval would  like to thank all the ladies who have opened up about these topics with us, and all of the people out there who have started to work on covering these issues (special citations to Cary Purcell for her work at Playbill, Jesse Green for his piece on Jeanine Tesori in Elle, and to all the people who have taken the initiative to strike out on their own and start blogging/podcasting).

None of this was true last year. Last year, beyond a few pieces addressing the dichotomy between the Pulitzer finalist being all women and there being zero plays by women on Broadway, the only time women working in theatre were asked about gender parity in the mainstream media (theatre or otherwise) was on HarpersBazaar.com. Additionally, when The Kilroys put out their list of plays by women, out of all of last year’s Tony winners and nominees only one (Kelli O’Hara) tweeted about the list. And it’s not because the majority of those people didn’t care, but because these issues were not being addressed as a community. As Jenna, a twenty-two year old grad student said, “When you interview women I’m interested in, such as Laura Benanti and Kelli O’Hara, I’m more likely to read other interviews which in turn makes me aware of the gender inequalities in theater and the organizations existing to honor women such as The Lillys.” Susie, an eighteen year old college student, added, “A lot of what I have learned about female writers has been through my group of friends [formed around being fans of last season’s The Bridges of Madison County]. Because we all have knowledge about different shows, we’re constantly introducing each other to new actresses or composers or badass theatrical women.” That fact that this is not only changing, but that it’s happening across disciplines and as a community is of paramount importance. This is how real change will happen—today there’s a girl who knows she can do things that a week ago she didn’t know were possible.

Of course, many people watching the Tony Awards didn’t get to see a major moment of change and possibility happening as CBS did not air the awards for Best Book and Best Score (here’s the YouTube of Lisa and Jeanine). I think it’s probably safe to assume that everyone knows how we feel about that decision (and if you’re late to the party: welcome, help yourself to some hor d’eauvres, petition signing, and us screaming in Latin Two Cathedrals style), but I do want to address one thing about all of the retroactive anger over this historic and important moment being missed. Only getting upset after Lisa and Jeanine won, mirrors the way society rewards men based on potential and women based on accomplishments—a topic Lisa Kron brought up in the press room at the Tonys when addressing why there’s not more work by women on stage (and I want to thank Shoshana Greenberg who started me thinking on this topic and who, if you missed it, co-wrote our petition). What would have happened if more people had faith that an important moment for women was going to happen and that it was a big deal and a reason to turn on CBS? What would have happened if the Tony Committee had said, “We know we’ve done a really bad job addressing gender in the theatre. We know that, just like in every other industry, there’s sexism. But here’s something we can do to start tying to fix it: we can show girls what’s possible”? The Interval recently didn’t a piece on fashion and Broadway (and, seriously, who is setting up Jeanine Tesori with a Celine campaign?), and given the attention around fashion and the Tonys this year, I can’t help wondering what would have happened if a big name designer had agreed to put Lisa and Jeanine in Met Gala worthy dresses and said, “You can see it on TV or you can see it on YouTube, but I’m placing my money on women’s accomplishments. Where are you placing yours?” When there has been a history of inequality, we should do what we can to fix it and sometimes that means saying, “This matters more and it matters now.” Or as Lydia, a nineteen year old music student told us, “As an aspiring female musician, it’s hard to find role models in the theater world because for so long women’s work has been shot down and buried. Women winning at the Tonys was inspiring because it meant that if those women can do it, so can the rest of us.”

Some of you might be thinking, “Hmm they kind of buried the lead there on this Tony wrap-up” because we waited 700 words to get to the fact that so many girls missed out on “seeing it to be it.” I wanted to start with the good news because one of the things I’ve noticed is that sometimes there’s more outcry over sexism than there is celebrating of women’s accomplishments. If you’re blogging and tweeting about sexism in theatre, why not try devoting equal time to talking about some women in theatre that you admire? Abigail, twenty-three and a social worker, said, “I’ve been a fan of female composers but now I consider myself a supporter, which is definitely not the same. After reading some statistics about women in theatre, I really think we need more supporters.” We need to be screaming these women’s names from rooftops. So go ahead and freak out over them, make artwork out of their quotes, check out their past work, take selfies with Jeanine and Lisa (we’ve been ‘liking” everyone we’ve seen on Instagram), post things on tumblr, take party hats to Lincoln Center (yes, some girls did this and I think they’re great), buy a piano and name it ‘Jeanine Tesori’ (okay, I might have already done this…). We have to make it as cool to celebrate women as it is uncool to not hire them. And to those of you celebrating women (especially the girls): you’re fucking awesome.

Really—these young women are awesome. They’re not just seeing shows, they’re engaging with the material and artists in meaningful ways—and the Tonys were no exception. As Camille said, “Women winning showed girls from all different backgrounds, with interests in every role in theatre, that it was possible for them to do it, to do a stunning job, and to also be recognized for it.” Jenna and her friends, Sierra and Desiree, attended the Tony Awards this year and told us, “Sitting there in Radio City, it was almost a given that they [Lisa Kron and Jeanine Tesori] were going to win both categories. I would’ve been so disappointed if they hadn’t, but it never even crossed my mind that that was a possibility because everyone was so excited for them to finally win for women. It was incredibly inspiring to hear Jeanine and Lisa’s speeches live.” Desiree, nineteen years old and a college student, added, “I’m so proud and grateful that my favorite people—Kelli, Ruthie, Jeanine—were recognized. Powerful women, powerful roles, and powerful shows.” Sierra, also nineteen and a college student added, “We younger ladies are very, very lucky to have so many great role models to look up to. So many strong women, so many strong moms, so many women who are not afraid to share their love with the world—be that their art, their love for the stage, their love for their kids, their love for their husbands/wives.” Sierra went on to say, “We met Jeanine as she was walking out of Radio City. She just happened to pass by us and we yelled, ‘Congratulations!’ She so generously came back towards us with open arms saying, ‘I did it for us ladies!’ Her speech was amazing and to see it live was absolutely amazing. It made me so incredibly proud to be a woman.” 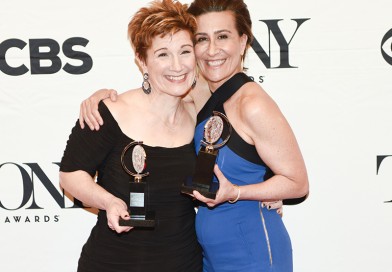 “What did it mean to you to see so many women win Tony Awards this year?”