This spring, I had the chance to work as a script intern on the world premiere of Ever After at Paper Mill Playhouse (it’s running until June 21st; get your tickets before it’s too late!). Music by Zina Goldrich, book and lyrics by Marcy Heisler, and direction by Kathleen Marshall, it was an opportunity to watch so many brilliant, creative women excel in their fields. It’s appropriate that this show in particular involved so many strong and supportive women. If you didn’t spend a large portion of the late ‘90s watching Drew Barrymore on your Ever After VHS like I did, you might not be familiar with this untold Cinderella story. It subverts the usual fairytale and damsel in distress tropes, and (spoiler alert) our smart and independent heroine rescues herself and her dashing prince. I loved this movie growing up, so working on this show was really exciting for me. It’s so important for musical theater to showcase strong female protagonists, and equally as important that this show has been beautifully crafted by so many women. I think that being created and led by a heavily female team helped to set the tone of the show to be an empowering experience.

It’s also worth pointing out that I wouldn’t have had the opportunity to be a part of this show without women taking the time to support other women. My friend Ashley [Van Buren], who had worked on the show in the past, knew Marcy was looking for a script assistant for this production and thought of me. I owe being involved in this wonderful show to Ashley’s thoughtfulness and follow-through. That sort of support was a theme for me during this experience. I didn’t know anyone going into the production, and as much as I love being around bunches of people (ask my very patient family members, who deal with the brunt of my extroverted personality), the thought of being in a room with that many talented strangers was super intimidating. Luckily, I encountered nothing but kindness, and I quickly became friends with the Script Production Assistant, Rachael [Gass]. She was nice, funny, and let me doodle on post-its, so we immediately got along. She’s also a stage manager, and knowing that stage management is what I would like to do, she helped me make connections and get a job lined up for the summer, which was amazing of her. There’s this myth about the competition between women in everyday life, and it’s important to highlight all of the times that women choose to help and build each other up, rather than perpetuate the idea that we can’t all succeed. Rachael knew that I want to work in the same field as her, and she still chose to go above and beyond to help me, knowing another woman’s success doesn’t take away from her own. I hope that if I’m ever in her position, I’ll do the same for the women around me.

Throughout this process, I worked most closely with Marcy and Zina, and I knew immediately when I met them that I was going to love working for them. They are two incredibly talented and kind women. I’ve been a fan of their music for a long time (“Taylor the Latte Boy”, anyone?), so watching the Goldrich & Heisler team in action was really special. There would be moments in rehearsals when changes needed to be made, and they were able to communicate and change music and lyrics seamlessly on the fly. They have taken a movie I’ve loved and given it new life with their music and lyrics. I also got to watch Kathleen Marshall  bring that creation to life. I have had the privilege of working with many wonderful directors, but there was something unique and inspiring about watching a woman in that role. I already admired Kathleen, and only admire her more after watching her at the helm of this production. I think as women, a lot of us aren’t encouraged to take on positions of leadership, and the woman who does choose to lead is often expected to shed the more traditionally feminine aspect of herself. Our patriarchal society tends to equate strength with masculinity, and seeing Kathleen lead this group of people only contradicted that stereotype. She so deftly navigated all the twists and turns a new musical can take, and brought everyone together to make it all happen. She was actively involved in the writing and creative processes, with script meetings once or twice a week to make sure everyone was working toward the same end goal.

Something I particularly enjoyed was watching all of these women work together and communicate effectively to make the show what it needed to be. There is something so encouraging about watching women take charge and work as a team. I think it comes back to that ridiculous idea that we’re all in constant competition, when in reality, we’re almost always working towards a similar goal. All of the women on this project wanted the same thing: to make a successful and empowering musical, and it was inspiring to watch them lead their cast and crew to create this show. I’m thankful to have been a part of it, and I count these women among those I admire most. I’ve been lucky enough to have some incredible women in my life. I grew up surrounded by family members who showed me that there is so much strength that comes from being a woman. I never felt like my choices were limited, or that I couldn’t achieve what I wanted to achieve. As I’ve gotten older, I’ve been able to meet women in the theater world, and I’m grateful that some of them have chosen to be unbelievably generous and nurturing with their time and advice. Having mentors is invaluable, and the ladies in my life have helped to shape the path that I’m on, and shown me what it means to succeed as a woman. I hope young girls will come see Ever After (running until June 21st, remember?!) and not only learn from the strength of the protagonist, but also see those names in the program and be reminded that they can achieve so much and create something beautiful for the people around them.

Olivia Cook is a recent NYC transplant/stage manager/freelance typographer. You can follow her @omcook on Twitter and Instagram to see her theater adventures, handlettered food puns, and how much she misses her dog. 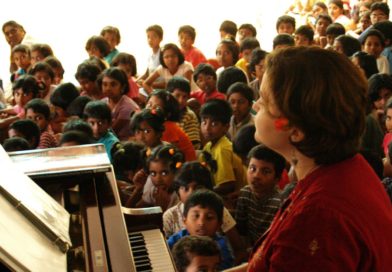 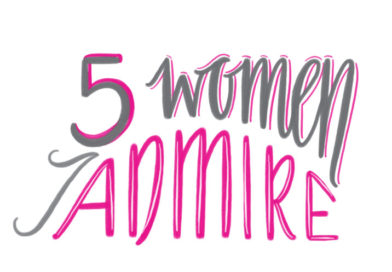 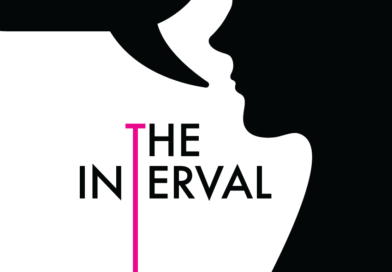