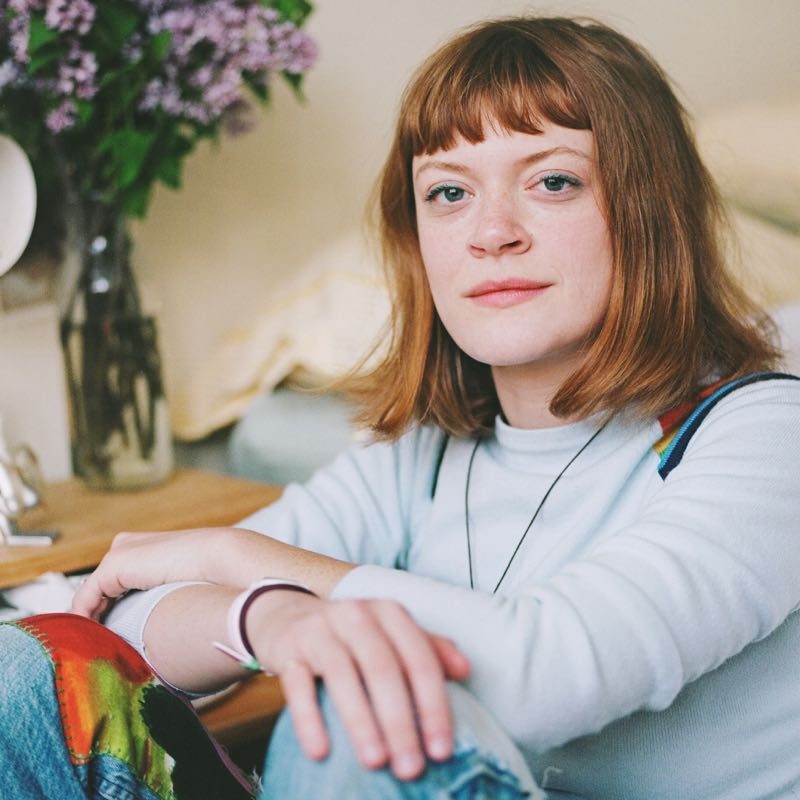 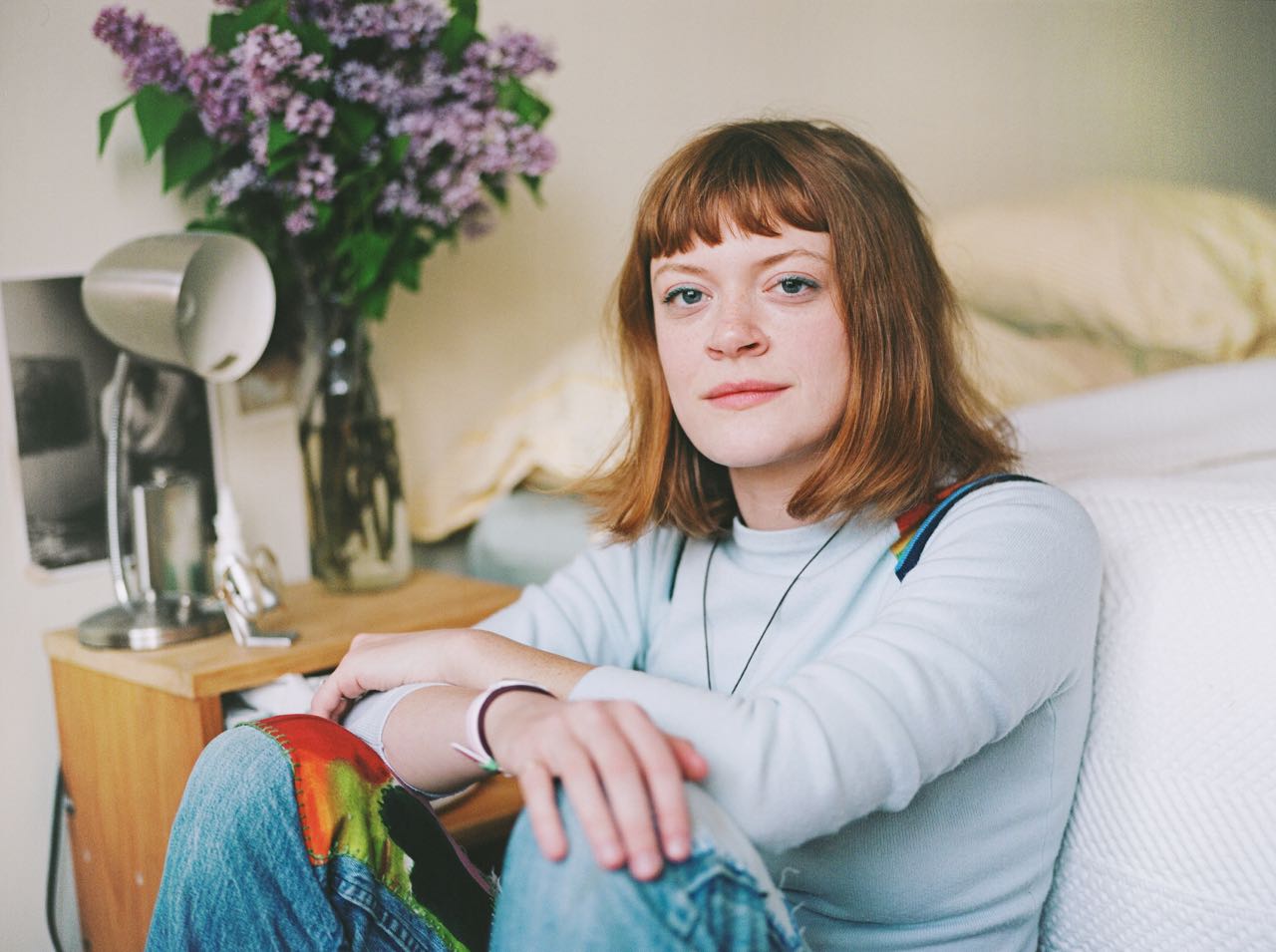 This week we’re highlighting some emerging artists in theatre and finding out how they view their careers and structure their lives. Colby Minifie is currently appearing on Broadway in John Guare’s Six Degrees of Separation alongside Allison Janney (forever the press secretary of our hearts). Last season, she appeared in the Roundabout Theatre Company’s production of Long Day’s Journey into Night alongside Jessica Lange. A New York City native, Colby started acting professionally as a child and has already racked up a long list of theatre, film, and TV credits. We talked to Colby about her life as an actress and she took our photographer, Jacqueline, on a walk around her neighborhood.

When you’re in a show, what is the average day like?
It always varies. On this one, between tech and previews, my life was waking up, eating breakfast, going to the theatre, and coming home. This cast tends to party a little bit so we would all go party after every show, so that’s fun. Since we opened, I thought I would have the day to myself, but that has not been the case. I think my agents are finally like, “Oh yay, you have the day free, you can go on these auditions.” I’m so happy to do that, but also I’m like, “Oh my god. When am I going to have a little bit of sleep?” But it’s good because it makes me want to take care of myself.

How many auditions do you go on a week?
This week it’s been three, but in pretty quick succession, so you have to read the script and then prepare and go in. It’s a lot of mental energy. You have to think about this other person, you have get yourself in the mindset of this other person for a little while. Then before you go into the audition you just have to be like, “Okay, you can do this. Everything is fine.” I’m out of practice and I’m getting back to the mental practice of auditioning and of being like, my work is my work, and I’m going to give them what I think and I’m not going to think about what they might want.

When you’re in a big Broadway show, does it feel like more pressure when you go into an audition?
It makes a huge difference to me. Usually I’m not able to practice acting every day. For other artists, it’s easier to have a daily practice. For an actor it’s a bit harder; you can work on accent, you can do some yoga, you can do some self-care, you can read a scene with a friend, [but] while doing a show you have so much more opportunity for practice. The auditions are much easier because you’re a well-oiled machine. It’s the mental energy of going into a new space and saying, ” Right, I am my own person. I have things to offer.”

How do you deal with a career that doesn’t always allow you to have a lot of agency over what you’re doing?
A recent thing I started to do is to start to decide what I really want to put out there. I got an audition recently for a quote-unquote “butch lesbian” that doesn’t want to work so she sells her eggs for money. I don’t want to audition for something like that. I don’t think that is something that needs to be put into the world right now. There is always a fear of missing out if I get audition for something that has big names attached, but is it something I believe in? I’m always like, “Am I crushing my opportunity right now?” At the same time, what you choose to work on is a big part of your work. If you are working on something you don’t care about, the work is not going to be very good.

Since you’re young and you’re at that age where a lot people are going through the “finding yourself” phase, is it weird to be in a profession where you have think so much about how people perceive you?
I find it interesting when people send me out for goth stuff. I have no goth clothing, so I have to put tons of makeup on and wear leather. I love my agents. They have known me since I was 11 or 12. They’ve seen me grow in a very big way, especially in the past year. For them to send me out on stuff and for people to think of me in a way that I don’t see myself, I find it fascinating and find it really exciting because a lot of times I’ll be like, “I can’t play the aunt, I’m too crazy or quirky.” I think the artist thing is more like staying true when somebody offers something and you being like, “Okay, let me find the truth within myself that is close to that part and not trying to do something that I think is what they want in the room.” I’m a visual person. I used to do art in school. I could read a script, and I kind of see the color that this character supposed to be. Sometimes I try to fit myself into that too much, and maybe it’s my perception of what they want. That’s not good because it’s about how I offer myself, as much as possible into this, into this color, while still trying to stay true to what I think the character is.

Do you think your career trajectory is different because you started so young?
Oh, yeah. I would not be here if it weren’t for that. I think I just won the jackpot. I have two incredibly supportive but not too hardcore parents. I grew up in New York City and my dad’s an opera singer. I went to a performing arts middle school and high school. The first day of middle school I came home and I was like, “I need an agent.” My parents were like, “What is that?” I was like, “I don’t know but I need one.” My first show was The Pillowman and I was an understudy and I got my Equity card. The year after that I worked on Landscape of the Body with John Guare, and it’s so surreal 11 years later to be working on Six Degrees with him. I think every experience I’ve had in my life has contributed to who I am now and how I approach acting now. I studied film theory in school. I also studied studio art. I did that because I felt like I needed to expand my mind and learn how to really read and write a paper and have a cohesive argument. My favorite thing is learning from experience. I’m not trying to hold myself to any conservatory training that some teacher told me I had to do. I’m always gathering new things and trying to apply them. That’s my favorite way of learning. But this wouldn’t have happened if I hadn’t started when I did.

How do you manage work-life balance? Because I know that can be hard for actors since you can have weird schedules, auditions that come up last minute, and so on.
When I’m not in a show, I’m always really attentive in my daily life and making sure I’m doing things that make me happy and make me grow. It’s always a constant struggle for balance. I have so many beautiful, lovely friends, and when I’m in a show everything kind of falls to the wayside. I realized this recently, but I feel like my best friend is my job. That’s the thing I will drop anything for—run to an audition or run to a reading or go schmooze at some party or something. It’s a scary thought, because if that’s not going well, then what is your life? Over the past year, I have been trying to build up my life outside of that more. Finding a way to spend my day that’s not focused on acting. I have the luxury of not having a day job, and I was in this class for a while and they were like, “You have to spend 8 to 10 hours a day on your acting.” I think that’s truly unhealthy. I feel it’s important to go to museums, it’s important to volunteer, to smell the flowers and read a book outside. I don’t remember a time I didn’t know I wanted to be an actor. Committing myself to that is amazing and it means the rest of my life kind of fills in around this thing. I think that’s what I mean by it being my best friend, which I think can be very sad but also very exciting.

Do you find there are gender issues that affect you in your career?
I am really sick of how much I go out for a rape victim. I’m really so fed up with it. Why do I always have to be a victim of assault? What I also find frustrating is the amount of times writers will write, “She starts tearing up and crying” in things, because people deal with things differently, people deal with grief differently. People think they always have to cry. It’s a big expectation when you go into some of these auditions. They are like, “Her boyfriend just left her and she was just sexually assaulted. Really see how that may feel and try to tear up a little bit.” You know what, maybe that’s not how somebody responds to something? I think there is always an expectation that that’s how women respond to stuff.

I think it’s great that there’s stuff being written for women right now. There’s a lot of good stuff being written for women. More is always good. Six Degrees is a great show. I really love my character. I really love that John Guare wrote a female alpha woman. Compared to all the boys and all the other kids in the show, she, Tess, is the one that takes charge and is the one that calls her parents out on their bullshit. I just love that he wrote her. I had a choice to pick who I wanted play in that play, and I really like the character of Elizabeth, but I looked at her and I was not sure I wanted to play another victim or end on a note of being victimized. Tess ends on a note of being victimized, but I feel like it’ s different, it’s about the relationship between her and her mother, and it’s not being victimized by a male. I’m so happy John Guare wrote her because she’s so cool. She’s such an asshole, but she’s so cool. 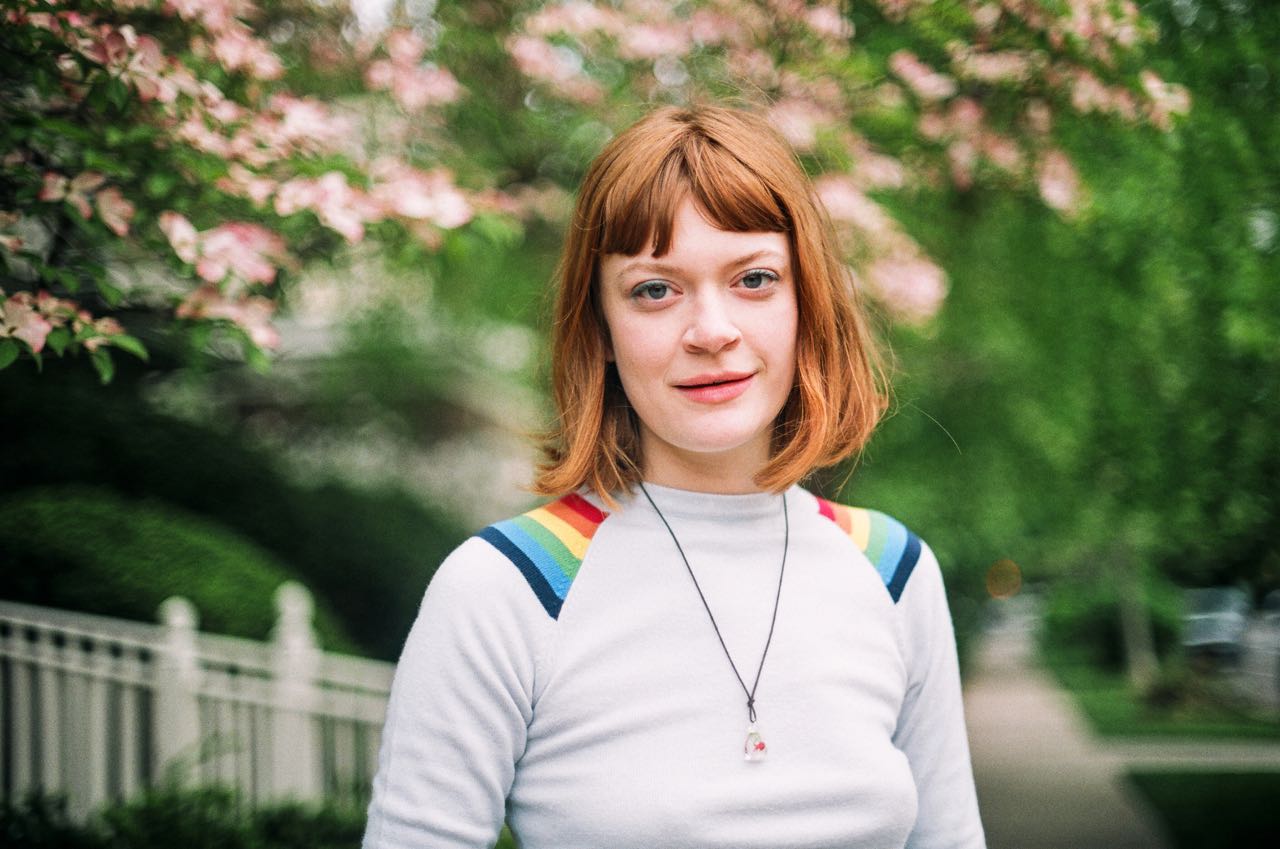 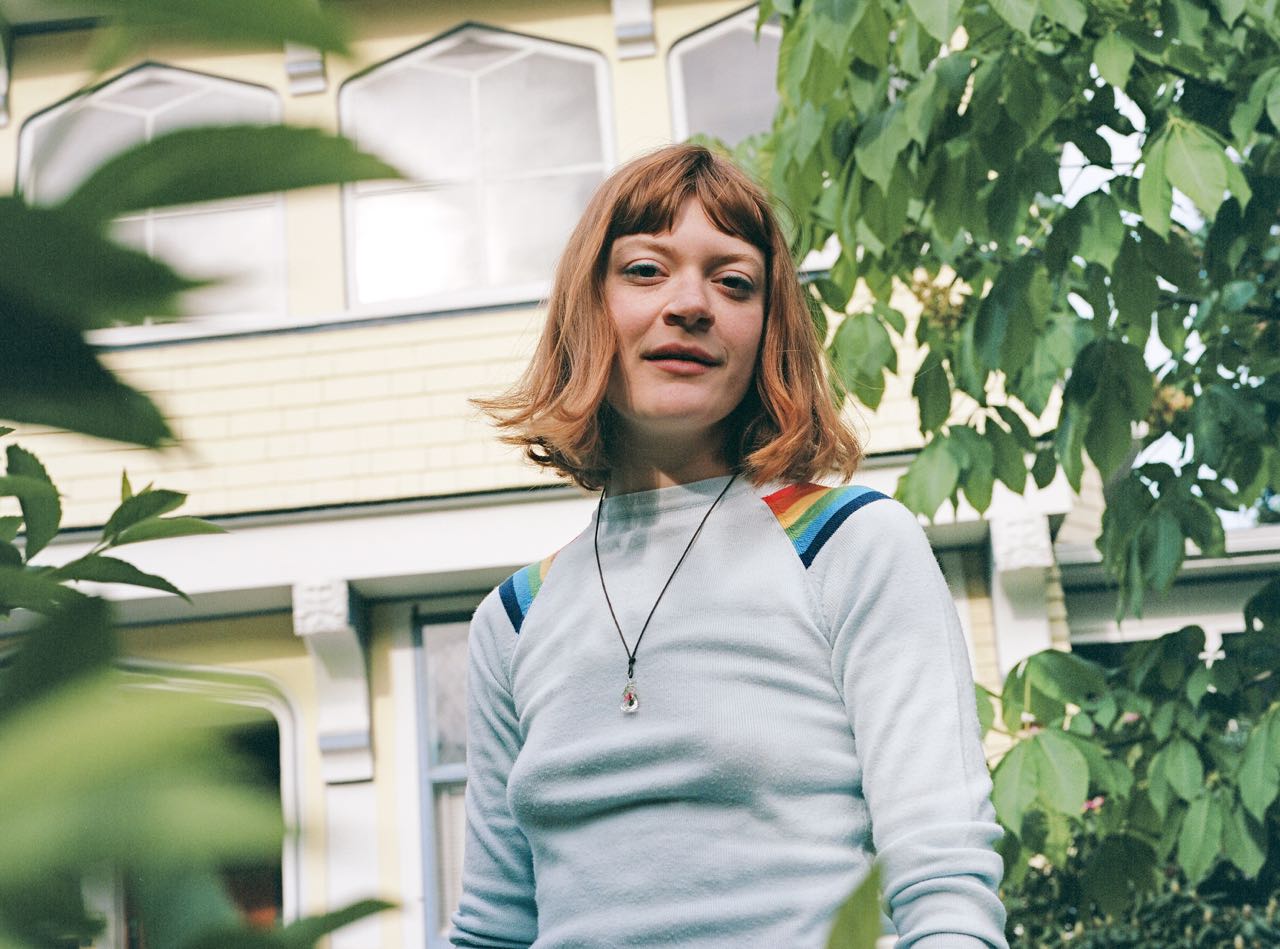 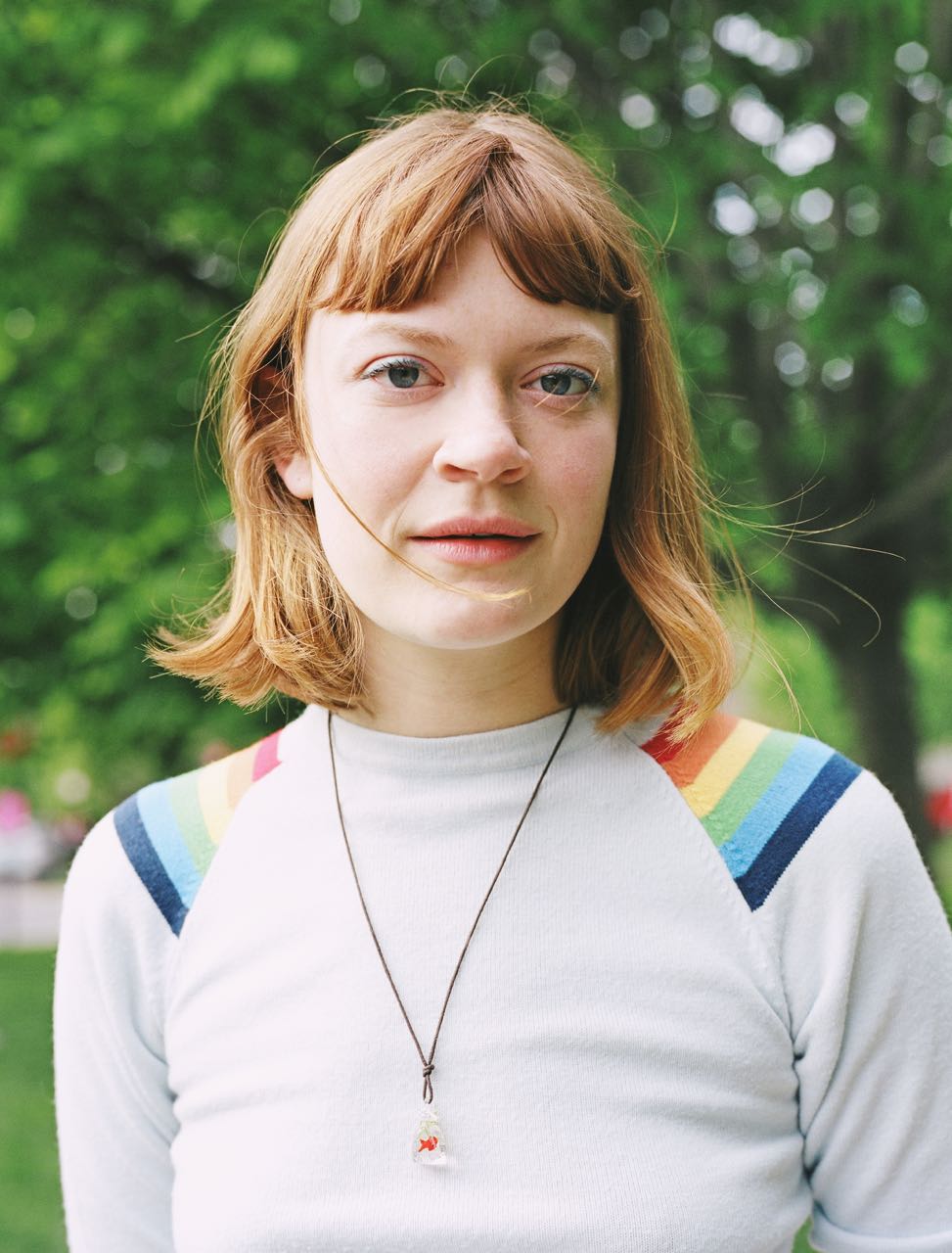 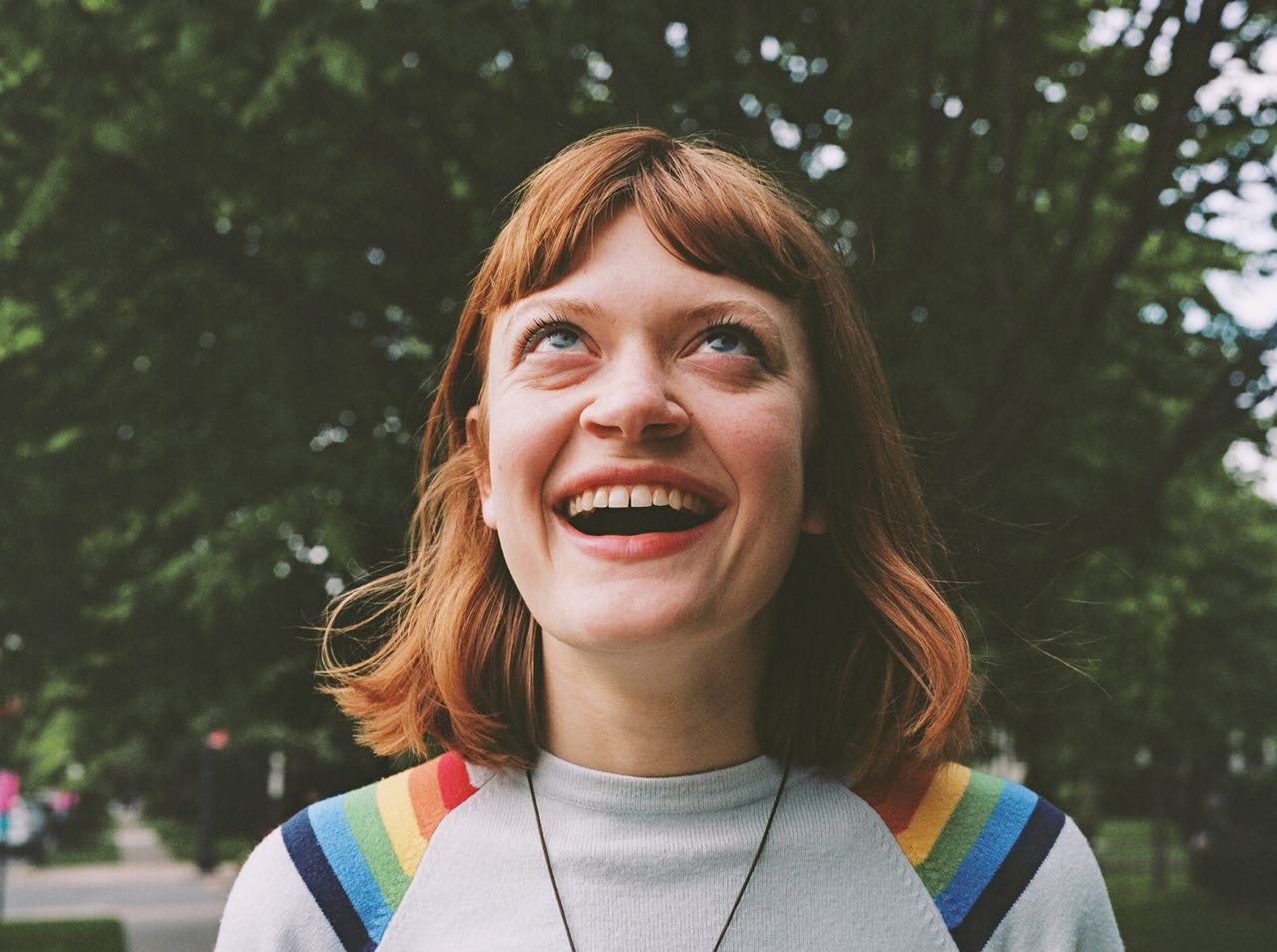 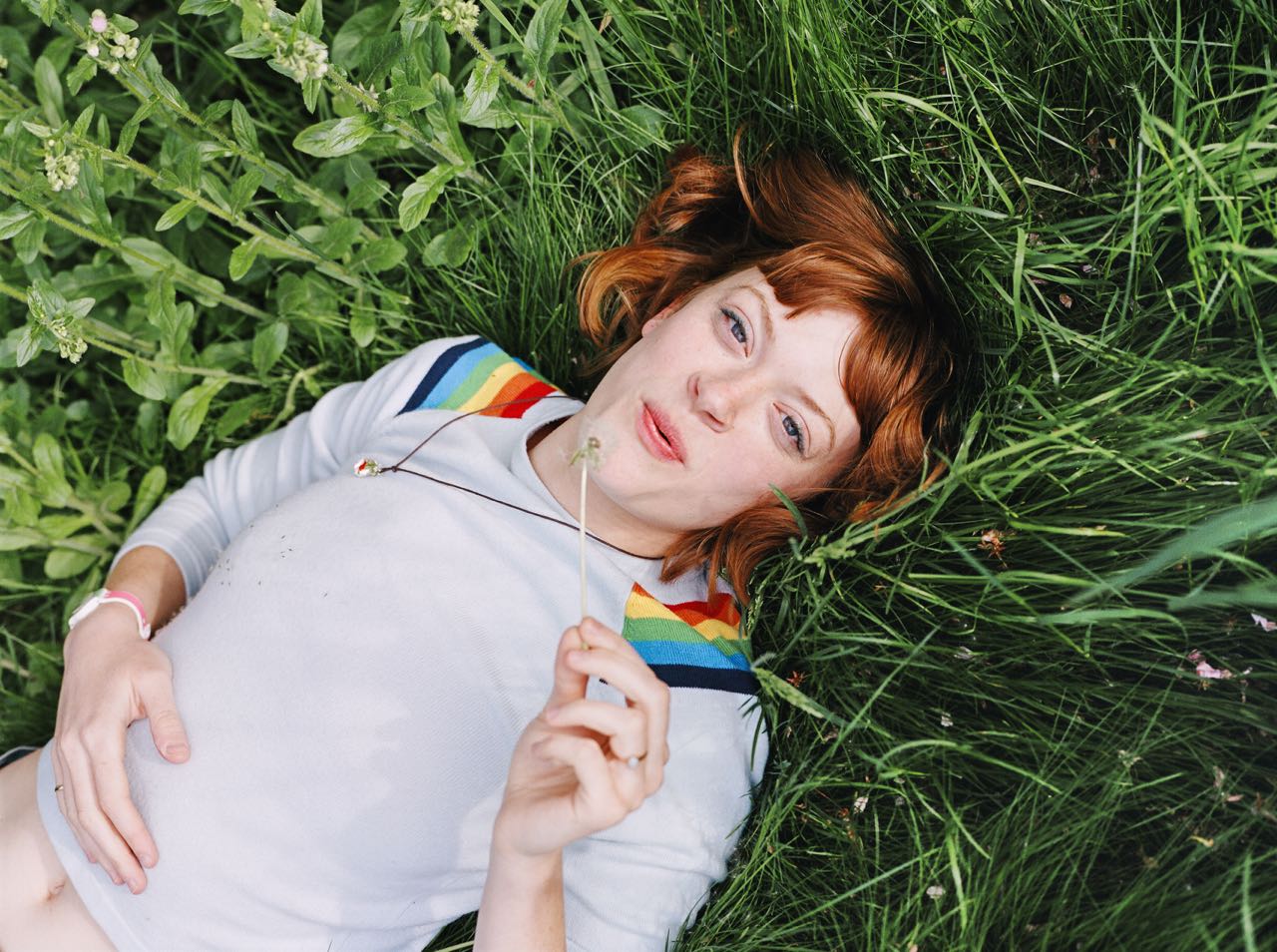 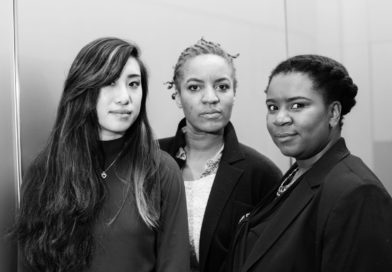 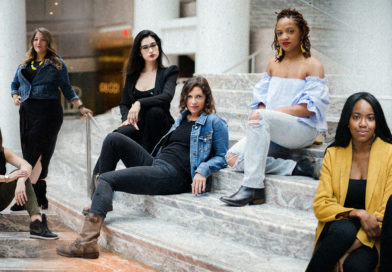