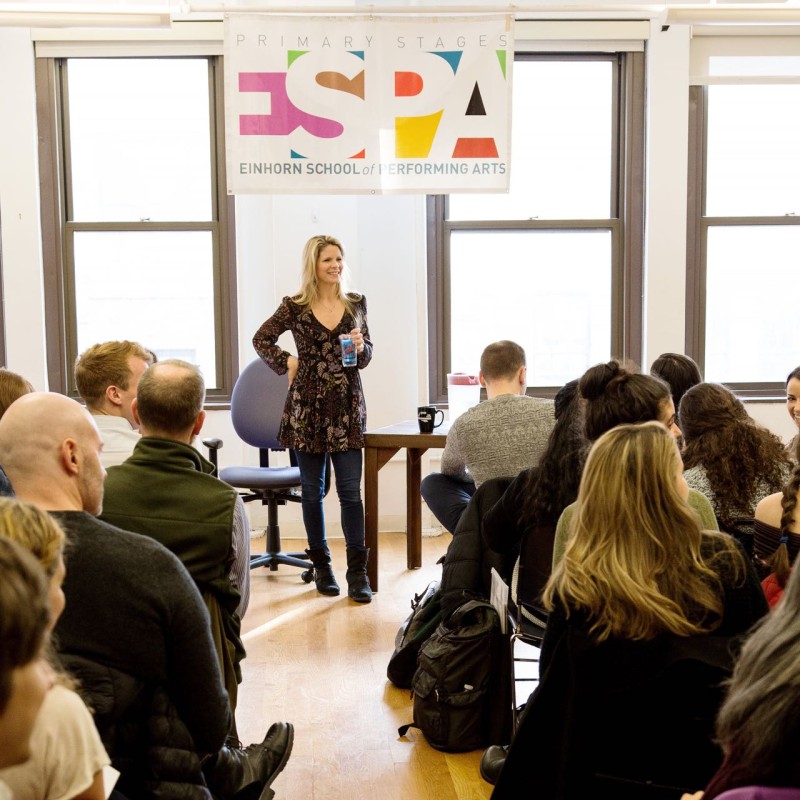 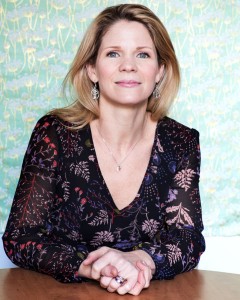 Here are some imagined things Kelli O’Hara could be doing now:

But Kelli O’Hara is not doing any of these things. It’s 3pm on a Thursday afternoon in February and she’s standing in a studio on 38th Street; this particular block of the theatre district has the distinction of having a deli on one corner and a meat market (actual, non-metaphorical) on the other. Kelli is at the Primary Stages Einhorn School of Performing Arts about to do a free master class for a group of fifty students. Today, she has already been to a doctor’s appointment, visited a former castmate in the hospital, and done an interview. After the master class, she’ll head straight to Lincoln Center, where she’s currently starring in The King and I, for a put-in rehearsal (a rehearsal where a new cast member is plugged into the show), then get ready for her 7pm curtain, and then perform a three-hour musical while wearing a corset. She also has two young children. She is unfazed by this. By the time I get around to imagining the alternative things she could be doing in her free time rather than helping emerging artists, I have taken two Advil PMs, exhausted with a headache. But Kelli actually, genuinely, non-metaphorically likes teaching. “I love it. It feeds me and fills me up and reminds me of my own education and why I need to still learn things,” she says. And she means it. But more on that in a minute. 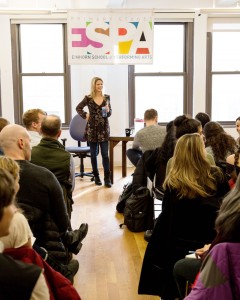 The premise of a master class is simple: students learn from someone extremely accomplished, or mastered, in their field. If you Google, you’ll see the interview series Oprah’s Master Class and MasterClass.com, where people can purchase a video series of instructional classes. But the chance for people to learn from masters in their field has been around for far longer than it’s been commoditized. In classical voice, an integral part of education has always been learning from working professionals, and on the more informal end of the spectrum, in nineteenth and early twentieth-century Russia it was common practice for the most distinguished writers of the day to have Sunday open houses. Kelli has a degree in vocal performance and has performed at the Metropolitan Opera; she has not yet been to Russia, but she has read Anna Karenina.

Today, the master class is still fairly prevalent on college campuses; Kelli has led numerous classes on college campuses and at performing arts centers around the country. If she’s in a show she says, “I only do about twenty a year, but if I’m not in a show it can be a lot more. I love working with kids.” Outside of formal education, the opportunity to learn, in person and in intimate settings, from accomplished professionals in the arts has become more and more rare. Somewhere around Stars: They’re Just Like Us! and everyone being forced to join Twitter, the passing down of professional knowledge became a little more fragmented and harder to capture (it was telling that throughout the hour and fifteen minutes of “A Master Class with Kelli O’Hara,” the students repeatedly used the term “branding,” and Kelli slipped back and forth between the terms “fan” and “follower”). This afternoon’s master class was, in part, an effort to bridge that gap and make current working artists accessible to the next generation.

Kelli’s class is part of a series called ESPAfest, which for the third year in a row offers a variety of free events for theatre artists over the course of one week. Tessa LaNeve, Director of ESPA (Primary Stages Einhorn School of Performing Arts), explained that part of her goal is always to find working artists to share their real-world experience with students. This year’s events range from a writing workshop with playwright Tanya Barfield to networking events to today’s event with Kelli. Usually when Kelli does master classes, it’s for vocal performance—students perform a brief selection for her and then she works with them. Today, to include a larger number of students, she’ll just be answering questions. 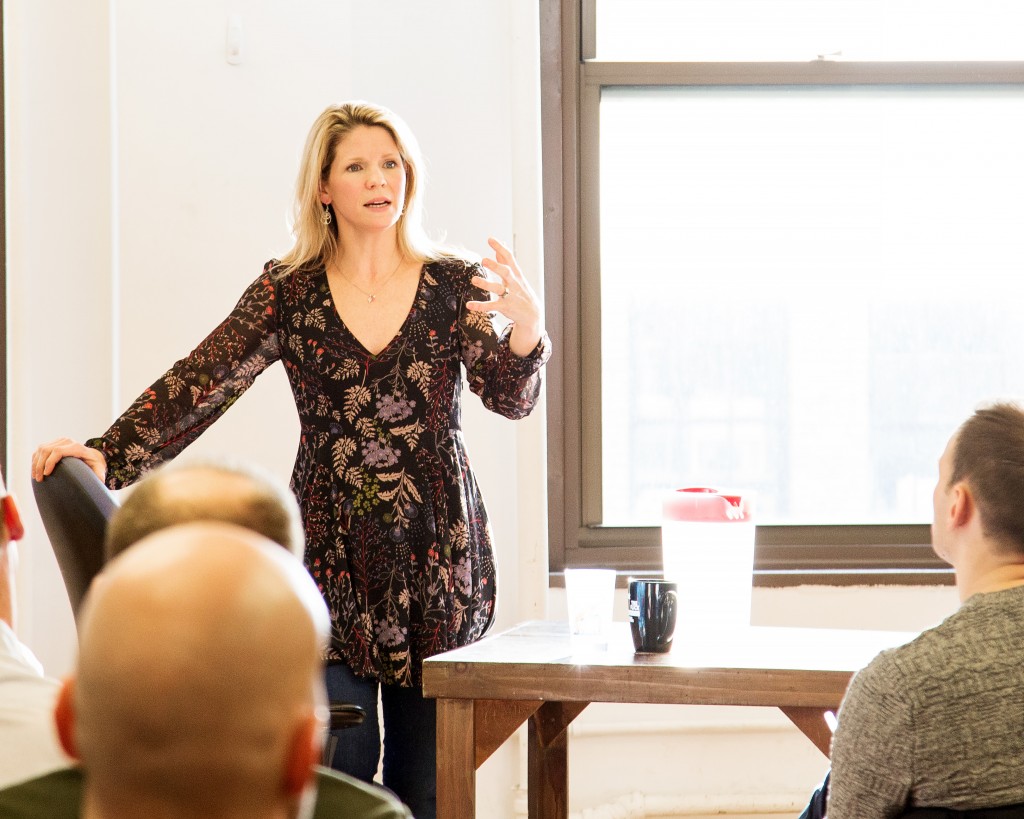 The students are all adults, mostly at the beginning stages of their careers. A number have taken classes at ESPA, but there are also many new faces. The majority are actors, and the majority are women. And the majority of the women are young, in their first few years out of school. They sit quietly, waiting for the class to begin, not quite having reached the age where they’re comfortable in a space that feels like it doesn’t belong to them.

Kelli O’Hara does not ask permission to move through space. She walks quickly, she talks quickly, and she throws her voice around with the elasticity of Lucille Ball’s face. As she stands in front of the group answering questions, she is direct and decisive. She is not precious. She looks at people when she talks to them and she answers questions in a way that is revealing without being overly personal. She is funny, but she definitely does not giggle. It’s not just in what she says, but in how she says it that makes it apparent why she’s been able to succeed the way she has.

Here are some takeaways from Kelli O’Hara’s master class: 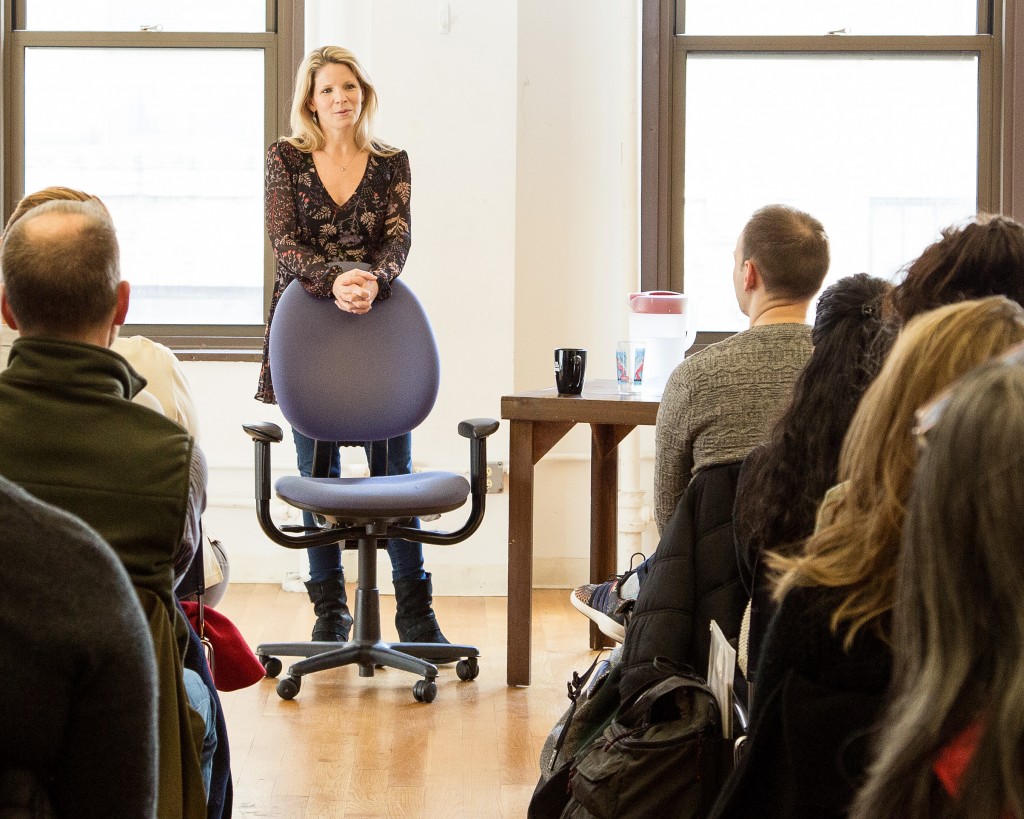 I’ve known Kelli for seven and a half years, but I’ve never seen her teach, which to her really is more important than having time to watch TV. But I ask her again why she took the time to do this today. “I felt like it would be a nice thing to do,” she shrugs, “and I’d learn a few things myself. You know, having questions by people who are trying to do this, it teaches me something too; to hear them, where they are in their process. It reminds me of where I come from. And I hear myself say things and go, ‘Oh yeah, I need to be more mindful of that.’ These are really good things for people to do. Teaching is not just for the student.” Maybe because in that seven and a half years it seems like some things have changed—it was before the Tony Award, before the omnipresence of Twitter, and right at the start of the widespread “branding yourself” crisis of America’s artistically-minded youth—or maybe because Kelli is the first person I ever knew who was also a public persona, I ask some of the students if Kelli the Teacher was as they expected her to be. From Brenne, an emerging actress who idolized Kelli growing up, to our graphic designer Desiree and her friends who are big fans of Kelli, the answer was, “Yes.” This surprised me a little, which is maybe a tiny bit odd since Kelli talked so much about the importance of being yourself. Or maybe not, because maybe it’s a lot like doing an interview—you have an hour, and it’s all true and none of it is true.

So I ask Kelli, “I know it’s counter to what you were just saying, but do you think at all about how you present yourself when you do these things? Because when I interview people there’s a part of me that always thinks, ‘Oh, I have to seem smart today.’”

“That’s what I was talking about, I don’t think about seeming any way,” she says, “That means you’re trying to be something for their perception. I just try to be me. And if I mess up, I mess up. And if I fail, I fail. But I think in wanting to be honest and truthful about who I am, I fail less.”

“Did that come with age?”

“It has come with age, but I think even when I was trying to please a lot of people and find my way, I kept leaning on the things that I did know because it’s all that I had.”

Excerpts from Kelli O’Hara’s master class have been edited and condensed. 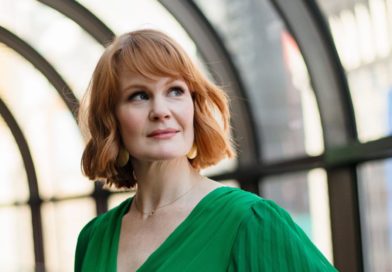 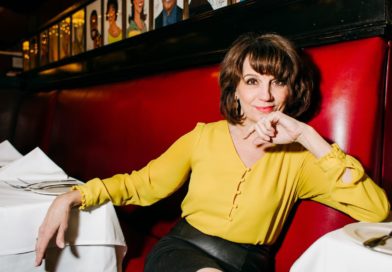 Beth Leavel on The Prom and More 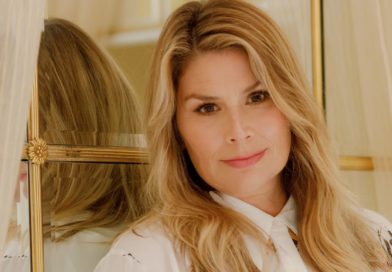 An Interview with Heidi Blickenstaff