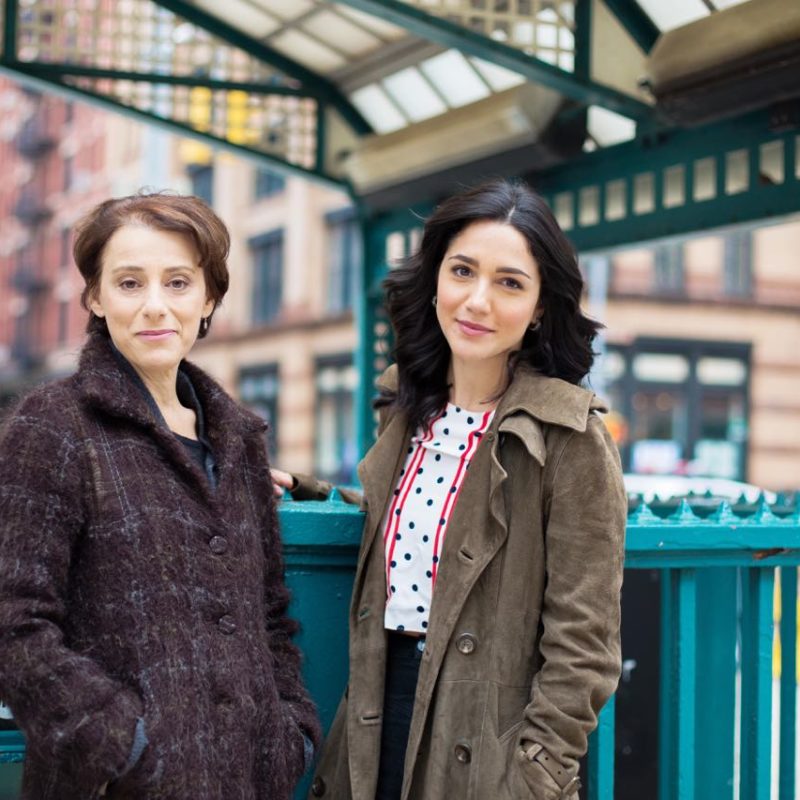 This time last year, Judy Kuhn and Samantha Massell were “backstage at Anatevka,” as Samantha referred to the recent Broadway revival of Fiddler on the Roof, playing mother Golde and daughter Hodel respectively. Judy had just joined the cast, replacing Jessica Hecht for the final weeks of the run.

Now, Samantha is starring in the updated revival of Rags at Goodspeed Opera House, where eight times a week she belts out the show’s title song, originated on Broadway back in 1986 by Judy. Even as a child, Samantha felt an affinity for the musical, and performed the title song in a revue when she was nine years old. I actually knew Samantha back then—we took a weekly musical theatre class together at the Lucy Moses School—and I can attest to the fact that she was a star on the rise, with talent, insight, and theatrical knowledge far beyond her years.

On a recent fall afternoon, at a downtown cafe not too far from the tenement neighborhood where Rags takes place, Samantha told her former show mother how she “grew up listening to [her] sing that song” on the original cast album, deeming Judy’s rendition to be “an iconic performance of, truly, such an amazing song.” When Samantha suggested that she had “big shoes to fill,” Judy disagreed: “Your shoes are plenty big.” “Thanks, Mom,” Samantha replied.

When Rags first opened in 1986, most musicals about Jews were set in Europe. Broadway had seen three productions of Fiddler in the past two decades, but there was a distinct lack of new musicals depicting the Jewish immigrant experience in the early 20th Century, when over a million Jews came to America from Eastern Europe. Hundreds of thousands ended up settling in New York City, in one of largest immigration waves of its time. Rags, initially conceived by Fiddler bookwriter Joseph Stein, was one of, if not the first musical in which characters actually recited a Hebrew prayer onstage (The Sabbath Prayer in Fiddler is a paraphrased, translated version of a Shabbat blessing). Of course, the Jewish immigrant experience is only one of many immigration stories in the peopling of America. And even that is not the whole narrative.

“I don’t want to say, ‘Everyone’s an immigrant’, because that’s not true,” said Samantha. “But a lot of people in America came from someplace else, and we have to respect that heritage, and honor it, and acknowledge it.” The year Rags opened on Broadway was also the centennial of the Statue of Liberty, so Lady Liberty was, fittingly, a fairly prominent part of the original set.

The revival has a smaller, more intimate set that primarily focuses on the tenement in which the main characters reside. But the production’s designers have found other ways to visually express the immigration themes inherent throughout the musical. “At the end of our show, we all sing “Children of the Wind,” said Samantha. “There is a scrim and pictures of immigrants, and they’re of photos of my family. My grandma appears, and my great-grandma appears. It’s so special to get to honor that story.” That also ties into another theme that the revival wanted to highlight—the cast members’ connections to their roots. “We all list our immigration history at the end of our bios,” which Samantha credits as having been Goodspeed’s suggestion. According to her bio, Samantha’s family originally came from Lithuania, Russia, and Hungary. “To connect with my character in the story of the show in such a clear, concise way is great.”

Samantha’s character is Rebecca, a young widow and mother who, in the revival, has immigrated to America with her son in order to escape the brutality and trauma of the pogroms back home. “So much of Rebecca’s journey is so tortured by what they’ve come from—being a widow and dealing with everything they dealt with in Russia.” In Samantha’s view, Rebecca has much more agency in this version of the show than she did in the original, in which the character came to America in search of her husband. Rebecca now also has a talent: she is seamstress with “a real gift for not just sewing, but designing.” Her friend Bella, played by Samantha’s real-life friend Sara Kapner, encourages Rebecca to dream big. The two fictional friends envision Rebecca opening up her own dress shop, in what Samantha describes as “a collective ‘girls at a slumber party’ dream moment”.

This friendship also features more prominently in the new production. As Judy recalled, in the original version, Rebecca and Bella met on the ship to America, which was never shown onstage. The friendship was thus “formed offstage,” as part of the theatrical backstory. “That journey on a ship that was probably very difficult and stressful and terrifying,” Judy reflected, noting how their rapport exemplified “the kind of bonds you form with people who you share that experience with.”

“We actually open the revisal of Rags with Bella and Rebecca on the ship,” said Samantha. “[Rebecca] is nervous about what’s to come, and she’s obsessively tatting, and she gives Bella a lace collar.” She went on to suggest that, “by establishing the show from the first beat with this tone of female friendship… it is more visible on stage, as opposed to something that’s created offstage.”

Although some of Judy’s material, including the aforementioned title song, is performed by Samantha in the revival, the two women did not both play the same role. Rebecca was older in the original production, and much more focused on a romantic love triangle between her husband and her new neighbor Saul (who has become an Italian shabbos goy named Sal in the revival). Judy, instead, originated the role of Bella, who also arguably has more independence and autonomy in the revised version; she travels to America on her own, instead of with her father. Now, she even tells off her overprotective father in a newly written line: “I crossed an ocean and two continents by myself and you still argue about who sits next to me.”

Back when Judy did the show, “it wasn’t like [Bella] chose to come [to America]. She was brought.” That distinction becomes significant. For Judy, the character’s musical journey had been “deeply about a sense of rejection and disappointment.” After having come to a new country, without any say in the matter, Bella finds that “everything about [America] is wrong. Everything. The work she does—that she’s forced to do—and the fact that she’s not accepted in this new place that she’s supposed to call home. There’s nothing about it that is home.” Judy viewed the 1986 Broadway production of the show as having been “more about the fabric of life on the Lower East Side and the politics of what was happening at that time.” She recalled themes including “immigrants fighting for a place here, of unionizing, of not being taken advantage of.”

The politics of immigrants fighting for their place is still very much at the core of the new production too. In fact, the overarching question on Samantha’s mind in the rehearsal room was, “What as immigrants do we keep, and what do we leave behind while we assimilate?” Noting the frequent discrimination faced by immigrants in America, Samantha was well aware of “the beauty of having that choice at all.” This theme has been emphasized in a new way for the revival. “They’ve taken that anti-immigrant tone” that certain prejudiced characters had in the original production, and condensed it into the creation of a quintet that “exist[s] as our show’s Greek chorus,” explained Samantha. The new chorus sings a reworked version of the song “Greenhorns,” which was in the original production, and they also sing songs added for this production with titles like “Take Our Country Back.” “A lot of it was written in 1986 or before, whether it was cut from the original or not,” Samantha continued. “Reviews of our show have been like, ‘They’ve added this very Trumpian thing with “Take Our Country Back.”’ And what’s so funny is, it was written 30 years ago.”

Samantha is clear that the revival of Rags did not come about from an explicit effort “to politicize” or to “find a musical that hits that nail on the head politically.” The show was in development long before the 2016 Presidential election; this coincidental thematic relevancy, which Samantha describes as “jumping off the page,” made the show even more “special and topical.”

“The experience of the Jews who came to America at [the turn of the century] was very specific,” noted Judy, “but it was also very universal to a lot of stories. A lot of what’s happening now [with contemporary immigration policy], it’s a different story, but it’s the same story too.”

“The relevancy is so unfortunate, that this is something we’re still talking about and still dealing with,” said Samantha. “When we were doing Fiddler we did a lot of press, and I always had this constant sound bite being like, ‘Oh, it’s unfortunate how relevant it still is.’ And I hate to reuse that, but it is truly unfortunate how relevant this question continues to be and that people still feel that way.”

“I did two shows in the 80’s, Rags and Chess, which have much more resonance now than they did then,” said Judy. She explained that the latter musical, which takes place in Cold War Era Russia, feels relevant, since “now, we’re talking about Russia, like every day.”   As the daughter of a civil rights activist, Judy has generally been very tuned in to the political zeitgeist. She grew up “being taken to marches and taught that being an engaged citizen is not just important, but it’s a civic duty to give back, to do your part, to vote.” For her, there is often a political side to theatre as well. “We hope theatre makes people think about the world that they live in. That’s always the goal. Yes, you want to entertain, but you want to provoke and inspire thought, and empathy most of all.”

Along with Rags, that was certainly the goal with the revival of Fiddler, which included a special reference to refugees seeking asylum in its staging. “When we were doing Fiddler, the Syrian refugee crisis was in everybody’s head,” reflected Judy. “We’re now dealing with a situation where frenzy has occurred,” referring to the numerous refugee bans and the Charlottesville riot, among other things. She went on to reveal that, “until this year, I thought of myself more as an American, a white American. And now there are people out there who I realize, “Oh, they see me as a Jew. And not really American.”

Samantha agrees, “I’ve never been so aware of my own heritage as I have been this year.” 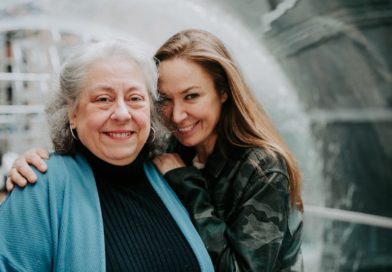 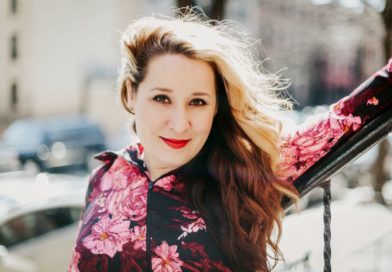 Amanda Duarte on Staying Alive (her cabaret show, but also in the metaphysical sense) 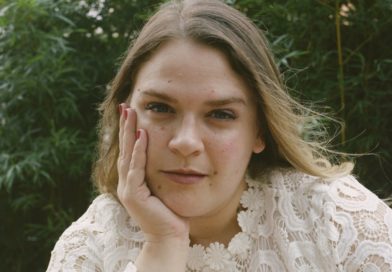 Head Over Heels With Bonnie Milligan